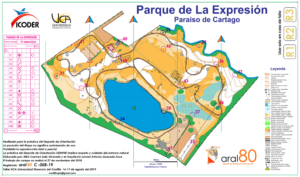 The Costa Rican Federation of Orienteering Sports (FECODEO) was approved as a provisional member of the International Orienteering Federation (IOF) at the recent IOF Council Meeting held in Norway in connection with the Nokian Tyres World Orienteering Championships. This brings the number of members of the IOF to 75.

Orienteering is growing in Costa Rica. In 2018 the Champions Cup was established, the federation is a member of Copa Latina, belongs to the Central American and Caribbean Orientation Confederation (COCACAO) and has participated in all the Central American and Caribbean Orienteering Championships, with podium positions in 2016 and 2018. In 2019 Orienteering was for the first time on the program of the National Sports Games in Costa Rica, a multi-sport games which welcomes athletes from across Costa Rica in the ages 13 to 23 years old. 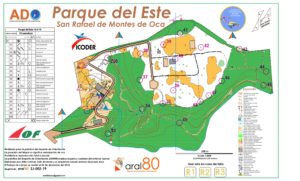 The number of athletes participating in orienteering and the number of available orienteering maps has increased significantly since 2011 when work started in developing orienteering in Costa Rica. The final important step towards IOF membership was taken this year when the recognition of the Ministry of Sport and Recreation was achieved.